A quite amusing little books on needlessly complicated hacks, but that can bring quite the ruckus in the office/school. Q-Tip launchers, (paper) ninja stars, rubberband weapons, CD periscopes, … all built from readily available office supplies. In fact, they are all way too complicated, but sooo much fun.

Life in the workplace, Suggested Reading |

In a previous installment, about filtering noise, we discussed how to use a moving average to even out irregularities in a sequence. Averaging over a window is tricky. First, the window size must make sense in terms of the speed at which the signal changes (in samples), and the average is (overly) sensitive to outliers.

One way to limit the influence of the outliers for denoising is to use the median. However, computing the median is usually more tricky than computing the average, or mean, and this first post (in a series of three, in the next few weeks), discusses how to compute the median efficiently using the selection algorithm.

END_OF_DOCUMENT_TOKEN_TO_BE_REPLACED

Slow down, Keep It Cool

In a previous post, I discussed how to set the default power policy with Linux (Ubuntu) by detecting the battery/power status: if you’re plugged-in, set it to on-demand, if you’re running from the battery, set it to powersave. This is rather crude, but proved effective. 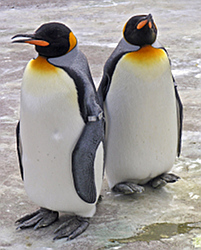 But CPUs that support SpeedStep (or similar) usually support a rather long list of possible speed settings. For example, my i7 supports about 15 different speeds, and “powersave” selects the slowest of all, 1.60GHz (on my laptop, that would be 800MHz). Maybe we could leave the policy to on-demand, but cap the maximum speed to something a bit lower than maximum?

END_OF_DOCUMENT_TOKEN_TO_BE_REPLACED

In Mild Obfuscation, I proposed

as a “cryptographic” primitive. For

, the only possible solutions for

. But what are the solutions if

END_OF_DOCUMENT_TOKEN_TO_BE_REPLACED

On a couple of occasions, I presented some hardware hacks, not always very elaborate, and today I add another one to the collection: a mac book power supply holder.

If you have one of those, you know that they can get rather warm—almost hot, in fact—when the computer’s running full blast, and I thought it might be cool to have some kind of holder so that the transformer remains straight up, offering most of its surface to the ambient air.