Euclid, Primes numbers, and a Bit of Algorithm Analysis

Last time we had a look at using the greatest common divisor and Euclid’s algorithm to devise a Las Vegas algorithm for primality testing. We also had a look at how the inclusion exclusion principle helps us determine the proportion of the numbers correctly tested. 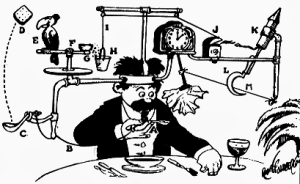 However, we finished by asking ourselves if the method is actually efficient compared to, say, simply testing small divisors, one by one. Let us now find out.

END_OF_DOCUMENT_TOKEN_TO_BE_REPLACED

Last week we had a first look at a simple path finding algorithm with application to games. This week, let us have a look a the relative performance of the implementations considered: C# with a naïve implementation that scans the whole map multiple times; a C# implementation that uses lists to maintain and visit only the border of the solved region (affording massive speed-ups, one hopes); and C++ versions of these two variants, plus a C++ variant that uses set (as bitmaps) to maintain the border list.

In any quantitative study, the first thing to do is to collect data. The best way is to automate the collection, by, for example, adding a function that puts the player in all legal positions on the map, compute all the shortest paths, and measures how long it takes. One may also consider disabling the on-demand power policy as the CPU may jump (progressively?) in high gear as the data collection progresses, introducing bias.

END_OF_DOCUMENT_TOKEN_TO_BE_REPLACED

The other day in class I was telling my students that sometimes simple strategies simply do not cut it. As an easy-to-understand example, I discussed the behavior of baddies in video games. If your game asks for the baddies to chase the player, the first thing you might try is to move the baddies in the direction of the player, without any other sophistication.

So the algorithm in this case is that you move the baddie closer to the player (or try to, as there might be obstacles), and this translates to something like two lines of code:

END_OF_DOCUMENT_TOKEN_TO_BE_REPLACED

In a few previous entries, we looked at how to capture, parse, and evaluate the precision of a NMEA-capable GPS. The next step is to take it on a test drive. 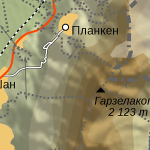 The setup is simple: a laptop, a USB GPS, a car, and a map. The map is provided by Google Maps, of course. The car and the laptop do not really matter (as long as one of the two runs Linux and has a USB port); the USB GPS is the Columbus V800.