(Random Musings) On Floats and Encodings

The float and double floating-point data types have been present for a long time in the C (and C++) standard. While neither the C nor C++ standards do not enforce it, virtually all implementations comply to the IEEE 754—or try very hard to. In fact, I do not know as of today of an implementation that uses something very different. But the IEEE 754-type floats are aging. GPU started to add extensions such as short floats for evident reasons. Should we start considering adding new types on both ends of the spectrum?

The next step up, the quadruple precision float, is already part of the standard, but, as far as I know, not implemented anywhere. Intel x86 does have something in between for its internal float format on 80 bits, the so-called extended precision, but it’s not really standard as it is not sanctioned by the IEEE standards, and, generally speaking, and surprisingly enough, not really supported well by the instruction set. It’s sometimes supported by the long double C type. But, anyway, what’s in a floating point number?

END_OF_DOCUMENT_TOKEN_TO_BE_REPLACED

So in the two previous parts of this series, we have looked at the selection algorithm and at sorting networks for determining efficiently the (sample) median of a series of values. 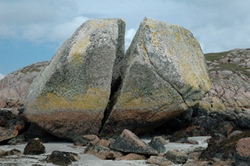 In this last installment of the series, I consider an efficient (but approximate) algorithm based on heaps to compute the median.

END_OF_DOCUMENT_TOKEN_TO_BE_REPLACED

You can find more wallpapers here 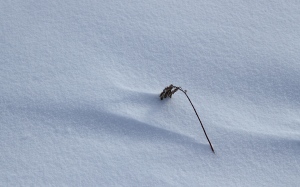 You can find more wallpapers here

Once upon a time, I discussed how to pick bit-rate for MP3, while considering re-ripping all my CDs. But if I’m to re-rip everything, I might as well do it one last time and use lossless compression.

In this post, we’ll discuss the simple script I cooked up to do just that, and a bit on how Flac works, and how it compares to MP3.

END_OF_DOCUMENT_TOKEN_TO_BE_REPLACED

Contrary to what the title may indicate, this book has little to do with actual digital photography techniques for landscapes or natural wonders; it is rather a tourist guide of everything you should see in the major american national parks. After expediting the basics of landscape photography, the guide leads you into a detailed journey into the United States major national parks, giving you all the good hints as to how to reach this-or-that natural wonder, what time of year, or even the time of day will lend itself the best for photography.

While this seems moderately interesting for a foreigner (especially if one doesn’t really want to visit all the state parks), the book is entirely redeemed by Fitzharris’ absolutely superb photography. A must get, especially if you’re interested in landscape photography.

This book is quite the step up from Mini Weapons Of Mass Destruction 2: not only the projects presented are a lot more interesting—flame-thrower and all—they are presented in their historical and scientific contexts, explaining the active principles of each device/contraption. While Mini Weapons was something of a kid’s book, The Practical Pyromaniac certainly isn’t. I must say it will appeal quite a lot to every one with a little envie de destruction.