Two Features I’d Like to See in C and C++

This week, let’s discuss two features I’d really like to see in C and
C++; one trivial, one not so trivial.

END_OF_DOCUMENT_TOKEN_TO_BE_REPLACED

It seems that logging is something we do in about every program we write. Logging complements the standard output with richer messages and detailed information. And each time it seems like we’re asking ourselves how to do that exactly.

Of course, there are already existing logging frameworks out there, but I was wondering how much work it implied. I wanted something that would integrate seamlessly to the existing C++ streams: it had to behave exactly as a classical ostream from the programmer’s point of view, but had to insert timestamps and manage message priorities. The simplest way to do so is probably to have a class that inherits from ostream or similar and that already overloads all the operator<<s.

END_OF_DOCUMENT_TOKEN_TO_BE_REPLACED

One Does not Simply Rename Into C++

Programming is in many ways more art than science—I do not want to start that debate in this post—in that you need more than mere functionality and correctness to have great code. For code to be great, it has, amongst other things, to be beautiful in that strange, vague, language-specific way.

As you know, this blog is C and C++-centric. Those are the two main languages I use both for personal and for professional projects. I resisted the transition from Pascal to C a long time, for many reasons. One was that at that time C compilers were flimsy, while we had a couple of really great Pascal compiler, such as Turbo Pascal—quite the upgrade from my Apple II’s USCD Pascal. Another was that I found C just ugly, clunky, and primitive; it was terse and inelegant. But over the years, I learnt to like the way C gives you pretty good control on what code is generated—not that you can predict right down to the assembly instructions what the compiler will generate; but you still have a very good idea if you understand even vaguely the underlying machine.

END_OF_DOCUMENT_TOKEN_TO_BE_REPLACED

In a previous post I expressed my worries about Python being excruciatingly slow and I used a toy problem to compare the speed of Python to programs in other several languages, including C.

Of course, all kind of people complained that I couldn’t compare a dynamic, interpreted language with static, compiled languages. First, let met tell you that I sure can. First, the goal was to measure speed, and not the effects of type system of the language (although logically correlated) nor the programming paradigm: the amount of CPU used to solve a given problem was the primary (if not only) point in interest.

But to be fair to Python, I extended the tests to other interpreted, dynamic languages, such as Lua, Perl, PHP and JavaScript. I also added Pascal and Haskell in the compiled languages groups.

END_OF_DOCUMENT_TOKEN_TO_BE_REPLACED

Unit testing helps you make sure that your code is working properly but the black-box approach has its limits. In fact, in a complex program with (unsurprisingly) complex behavior, black-boxing becomes a major hindrance to testing. So what are the options? There are several options, but they all seem to have their inconveniences; some violate the basic tenets of object oriented programming, some introduce additional occasions for bugs. I think that there’s no easy solution. 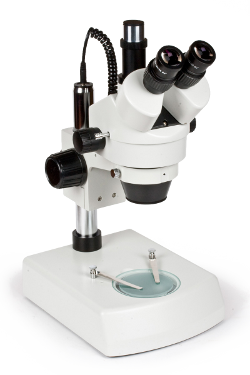 END_OF_DOCUMENT_TOKEN_TO_BE_REPLACED

The first part of the book concentrates on search trees and variants, whether balanced trees, interval trees, or heaps. Chapters are dedicated to connected components and like algorithms, one to algorithms for strings, and one for hash tables. Follows appendices on computation, cache oblivious algorithms, etc.

END_OF_DOCUMENT_TOKEN_TO_BE_REPLACED

Powers of Ten (so to speak)

I am not sure if you are old enough to remember the 1977 IBM movie Powers of Ten (trippy version, without narration) [also at the IMDB and wikipedia], but that’s a movie that sure put things in perspective. Thinking in terms of powers of ten helps me sort things out when I am considering a design problem. Thinking of the scale of a problem in terms of physical scale is a good way to assess its true importance for a project. Sometimes the problem is the one to solve, sometimes, it is not. It’s not because a problem is fun, enticing, or challenging, that it has to be solved optimally right away because, in the correct context, considering its true scale, it may not be as important as first thought. 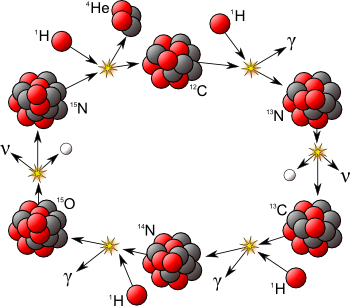 Maybe comparing problems’ scales to powers of ten in the physical realm helps understanding where to put your efforts. So here are the different scales and what I think they should contain:

END_OF_DOCUMENT_TOKEN_TO_BE_REPLACED

The original Hungarian notation is due to Charles Simonyi who invented it sometimes while he was working at Xerox Palo Alto Research Center—the Xerox PARC that gave us the mouse and the first graphical user interfaces. The basic principle of Hungarian naming convention is to prefix the variables with one or many particles, encoding alternatively its type or its intend. This lets programmer write prgszNames as a variable name, which is perfectly legible to one well versed in Hungarian; however, but looks mostly like gibberish to just anyone else.

I recently changed my mind about the Hungarian naming convention. I don’t think it’s that stupid anymore.

END_OF_DOCUMENT_TOKEN_TO_BE_REPLACED

The True Cost of Calls

The cost of virtual functions is often invoked as a reason to C++’s poor performance compared to other languages, especially C. This is an enduring myth that, like most myths, have always bugged me. C++ myths are propagated by individuals that did not know C++ very well, tried it one weekend in 1996, used a bad compiler, knew nothing about optimization switches, and peremptorily declared C++ as fundamentally broken. Well, I must agree that C++ compilers in the mid-90s weren’t all that hot, but in the last fifteen years, a lot have been done. Compilers are now rather good at generating efficient C++ code.

However, the cost of calls, whether or not they are virtual, is not dominated by the the call itself (getting the address to jump to and jumping) but by everything else surrounding the call, like the stack setup and argument passing. Let us debunk that myth by looking at what types of calls are available in C and C++, how they translate to machine code, and see how faster or slower they are relative to each other.